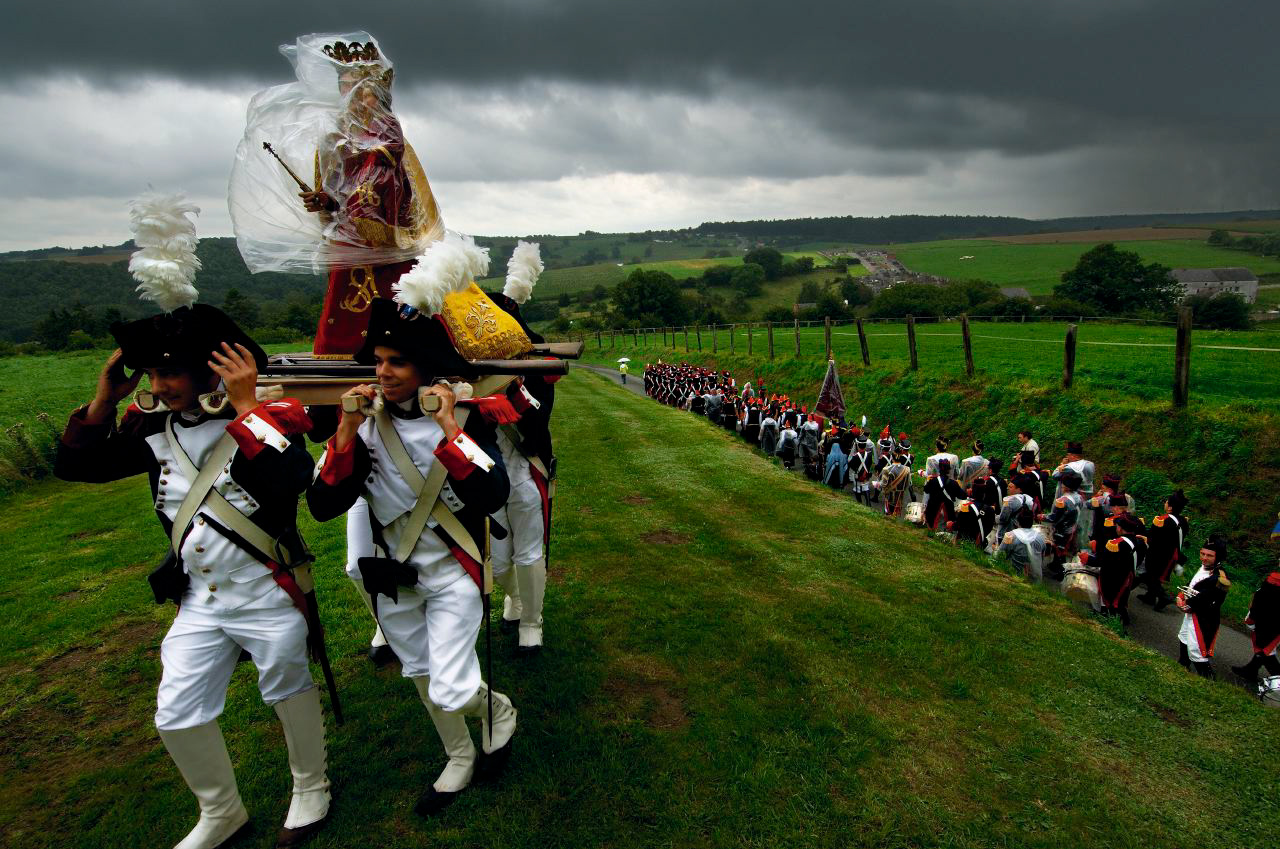 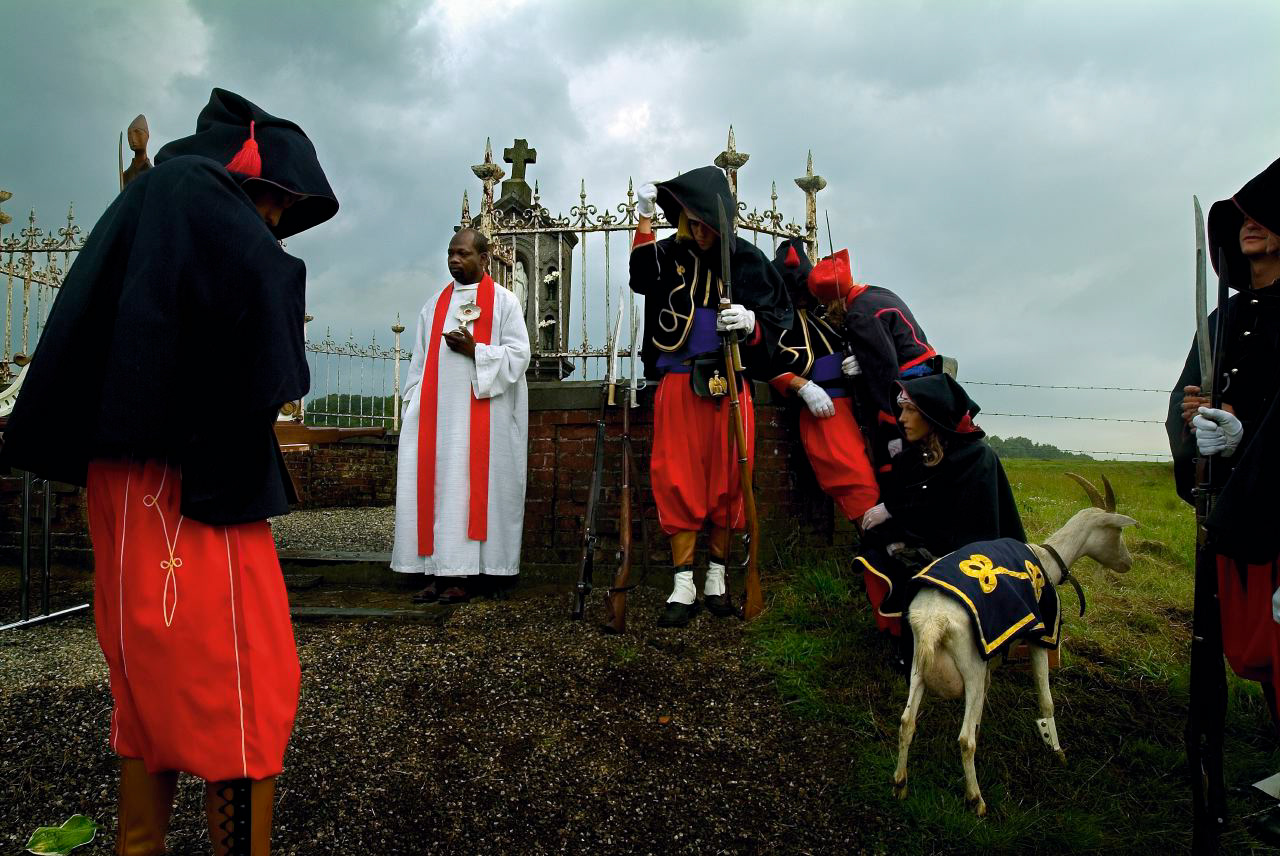 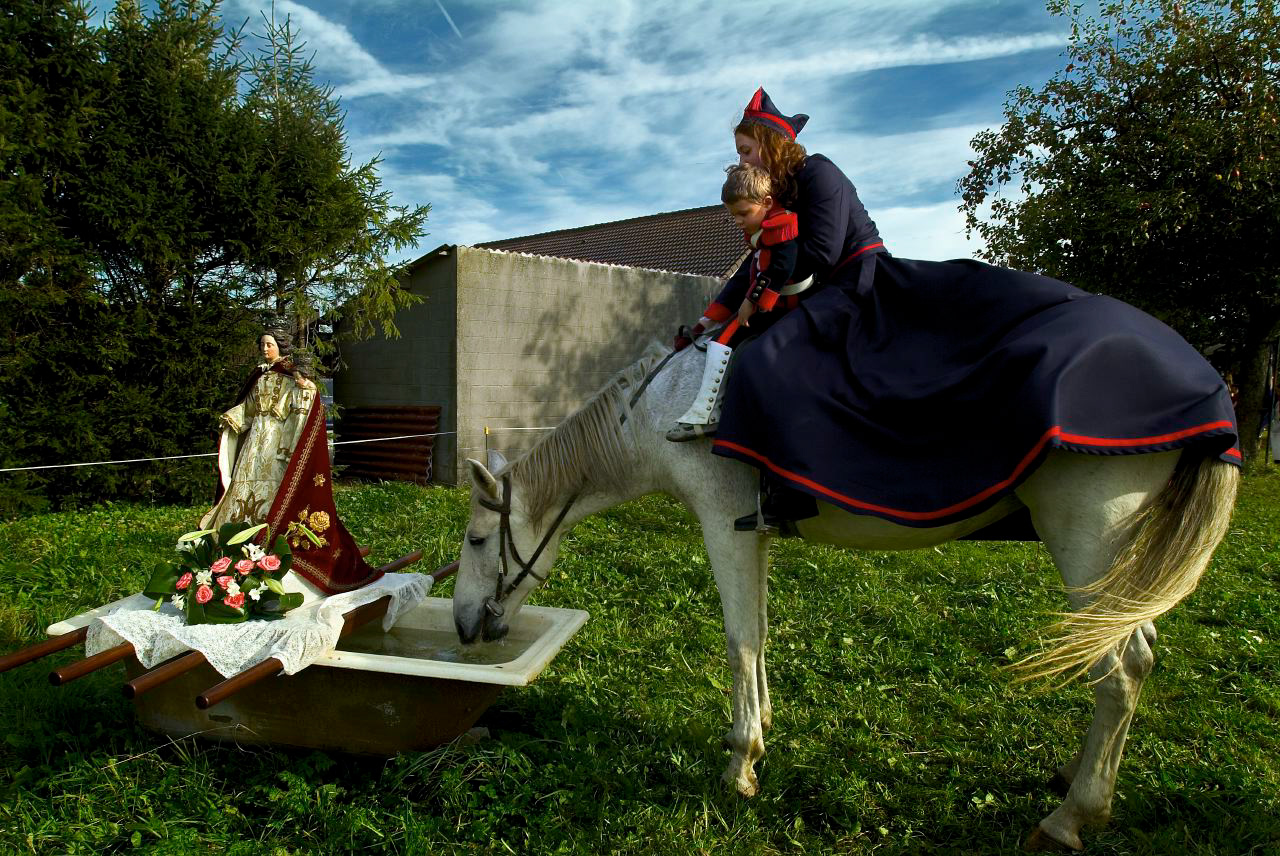 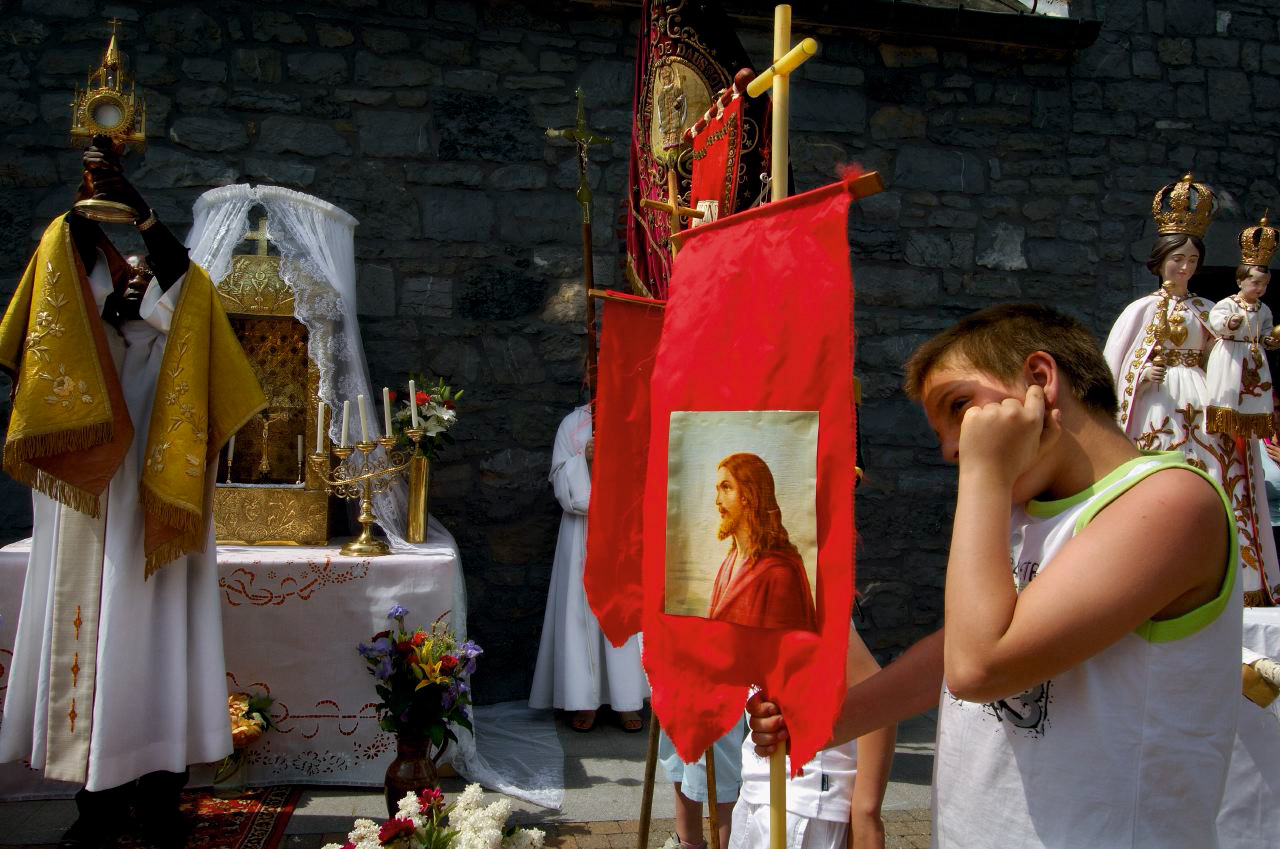 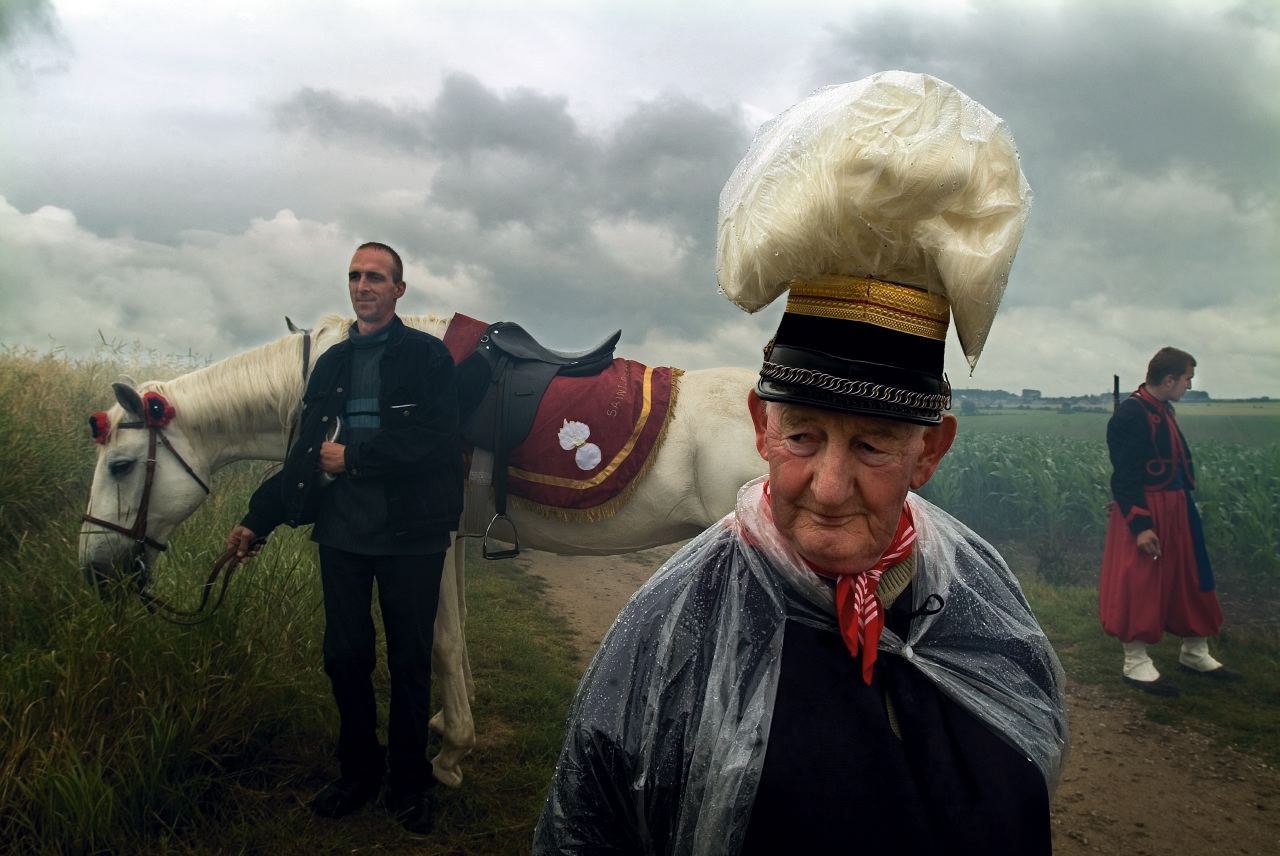 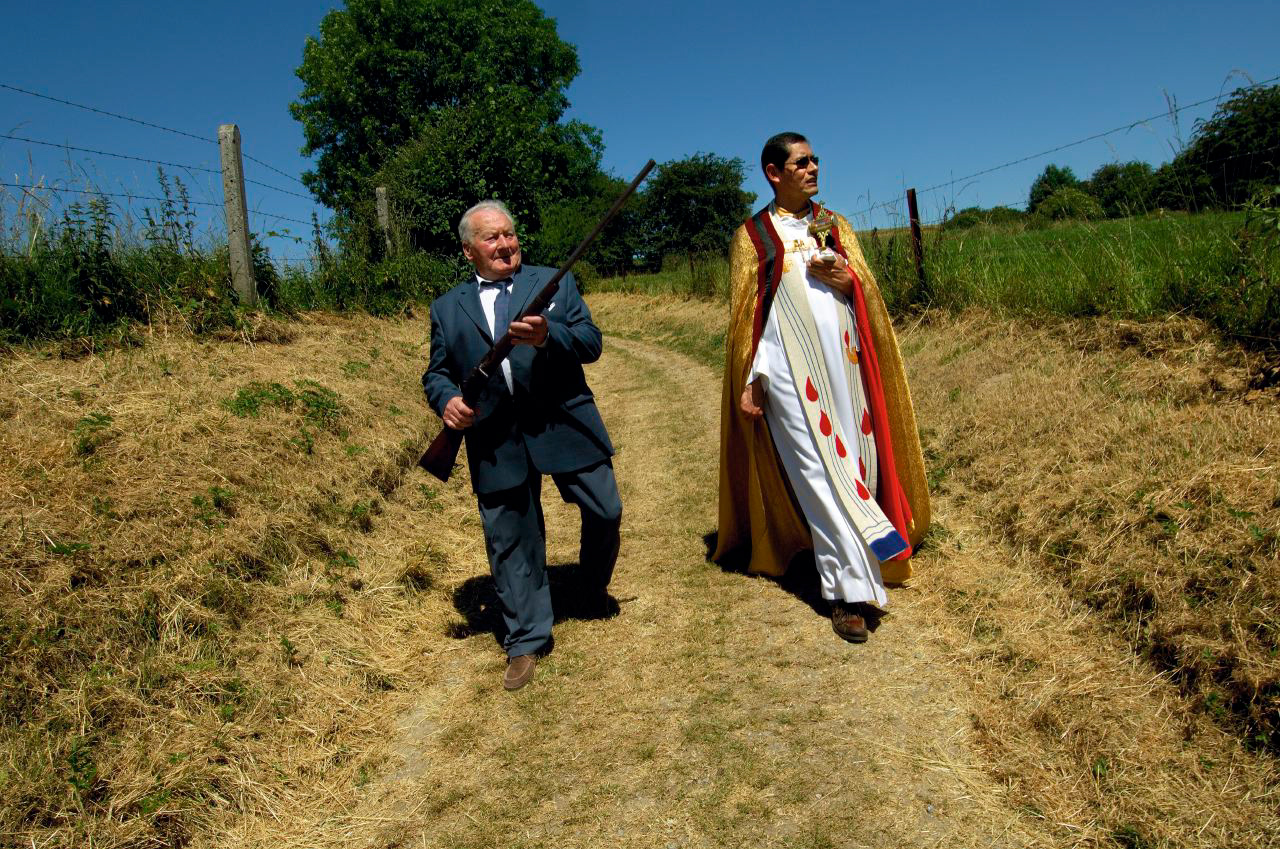 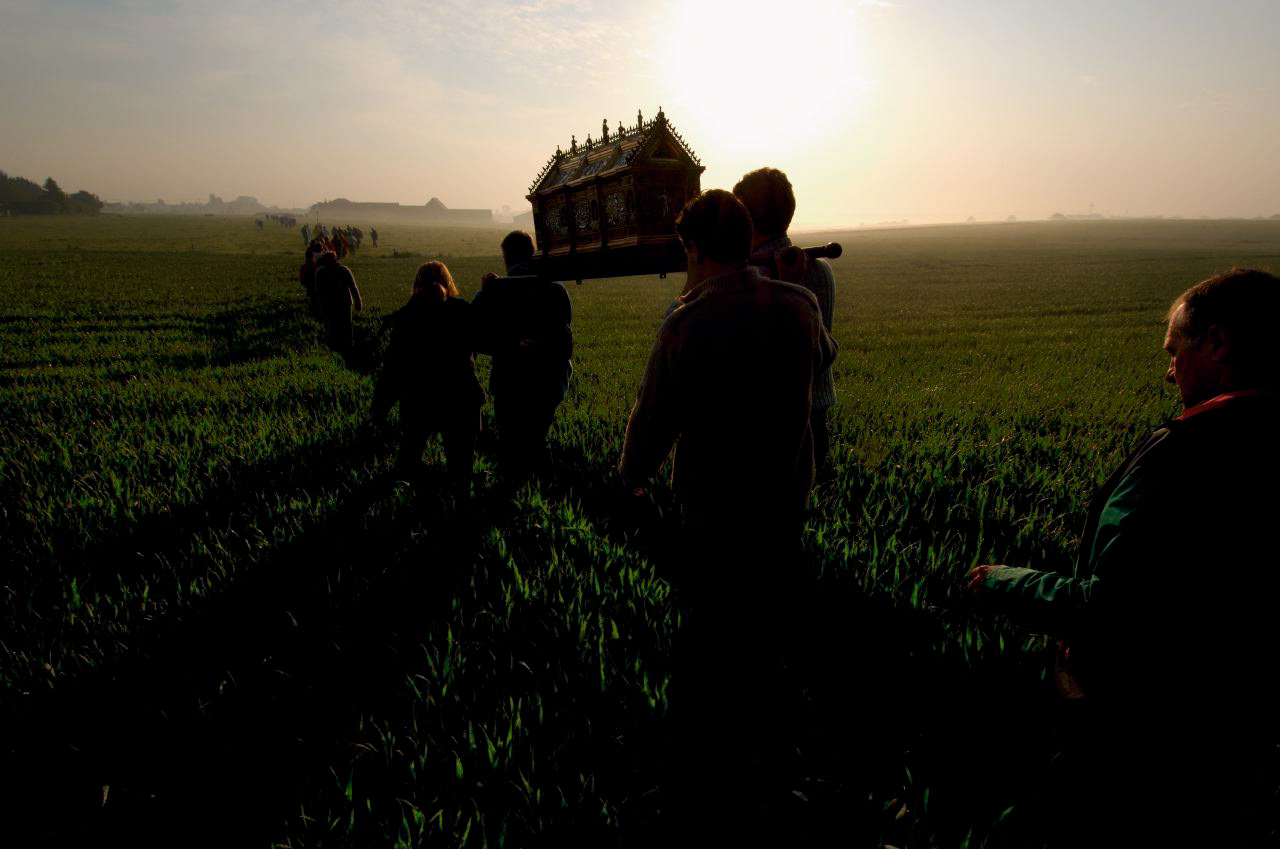 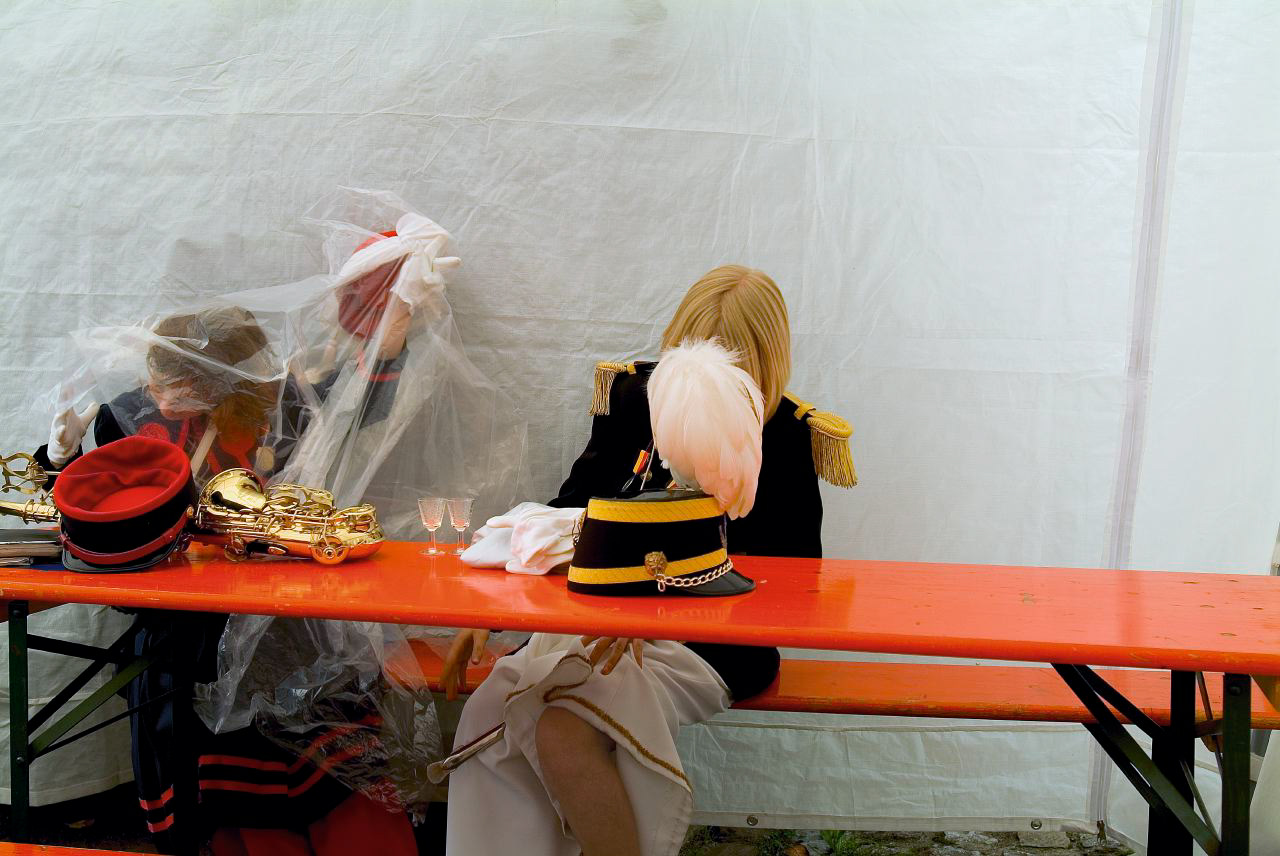 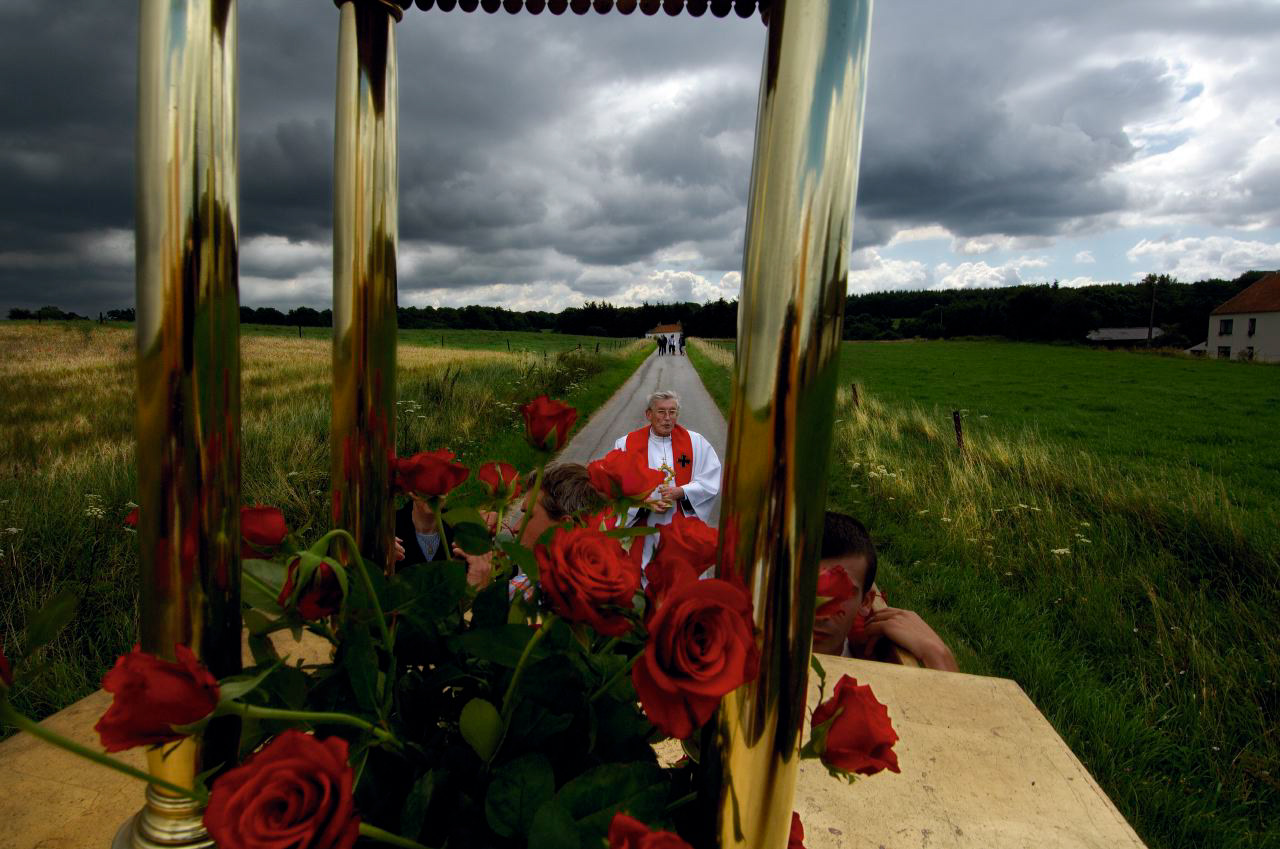 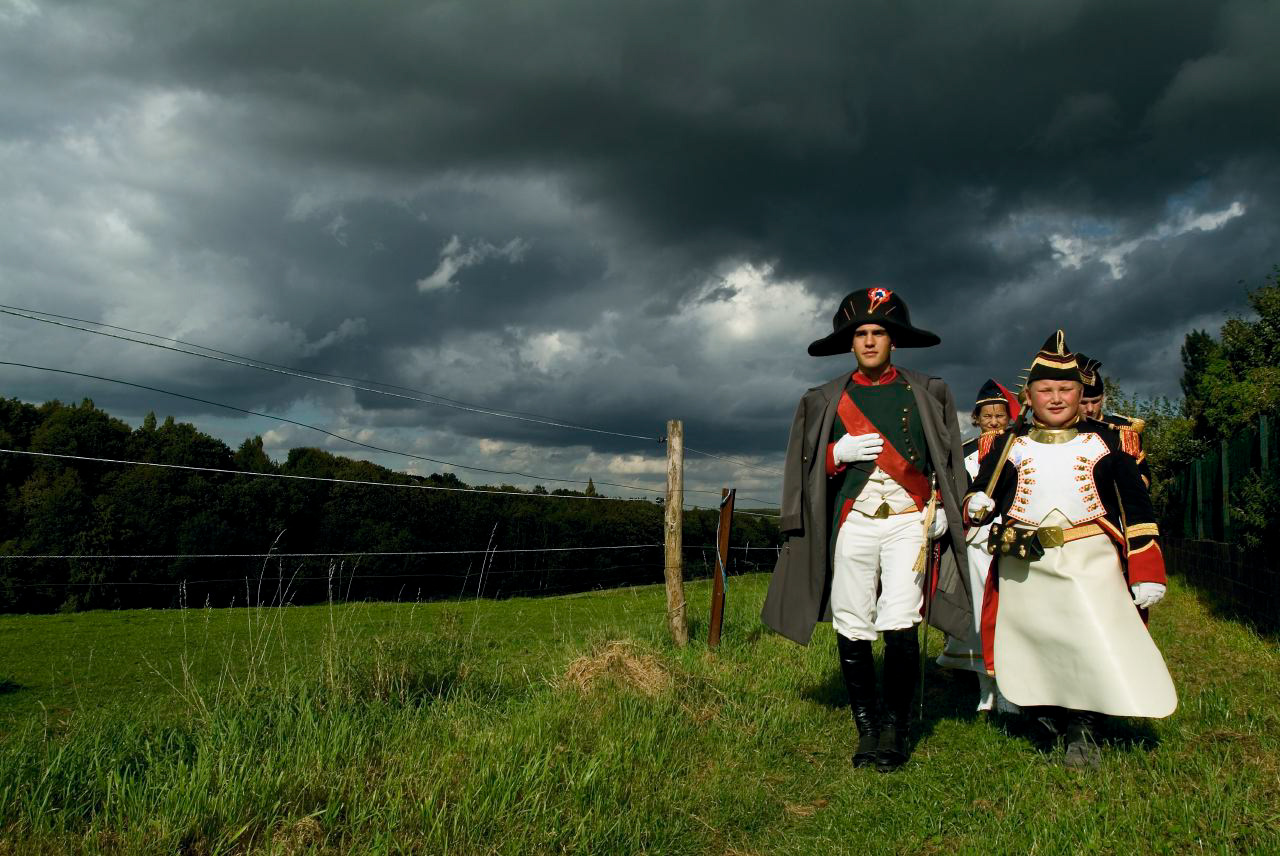 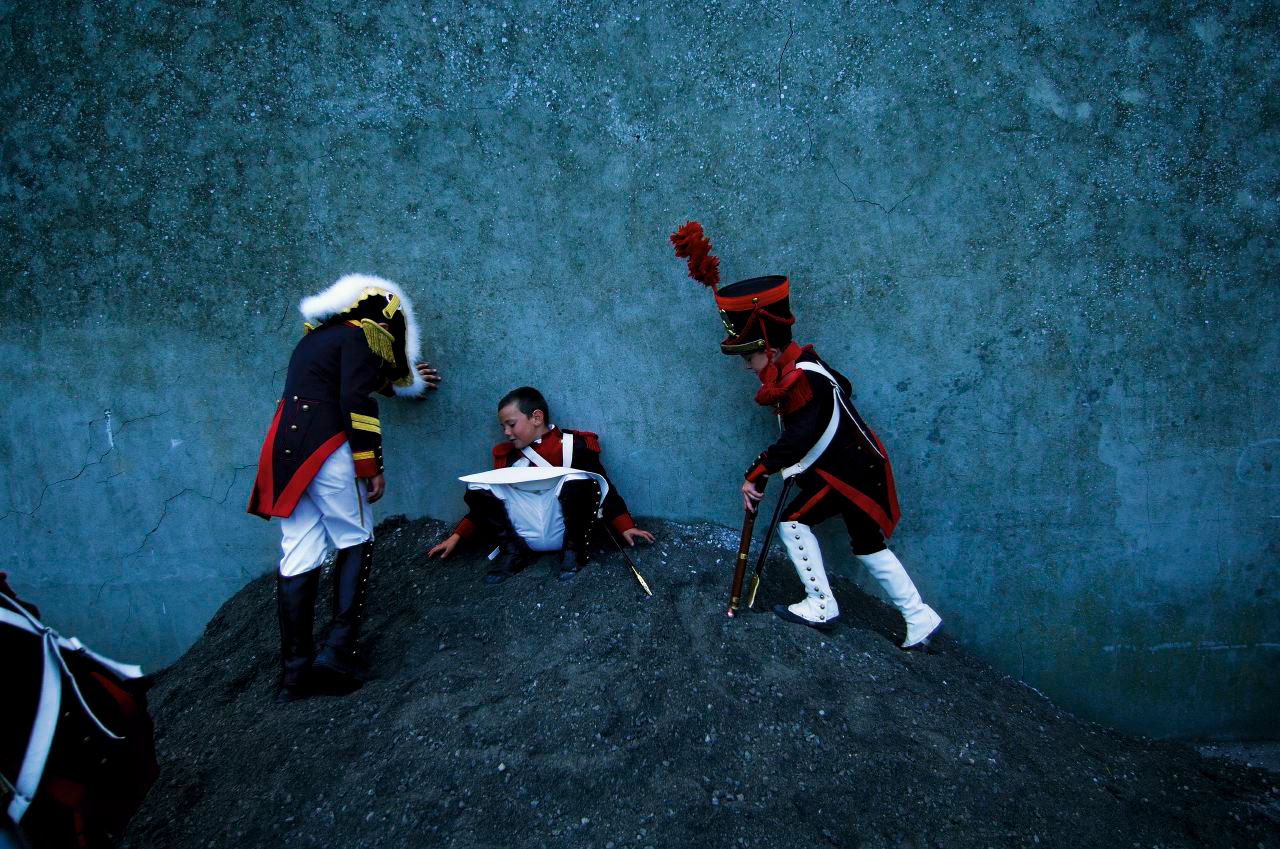 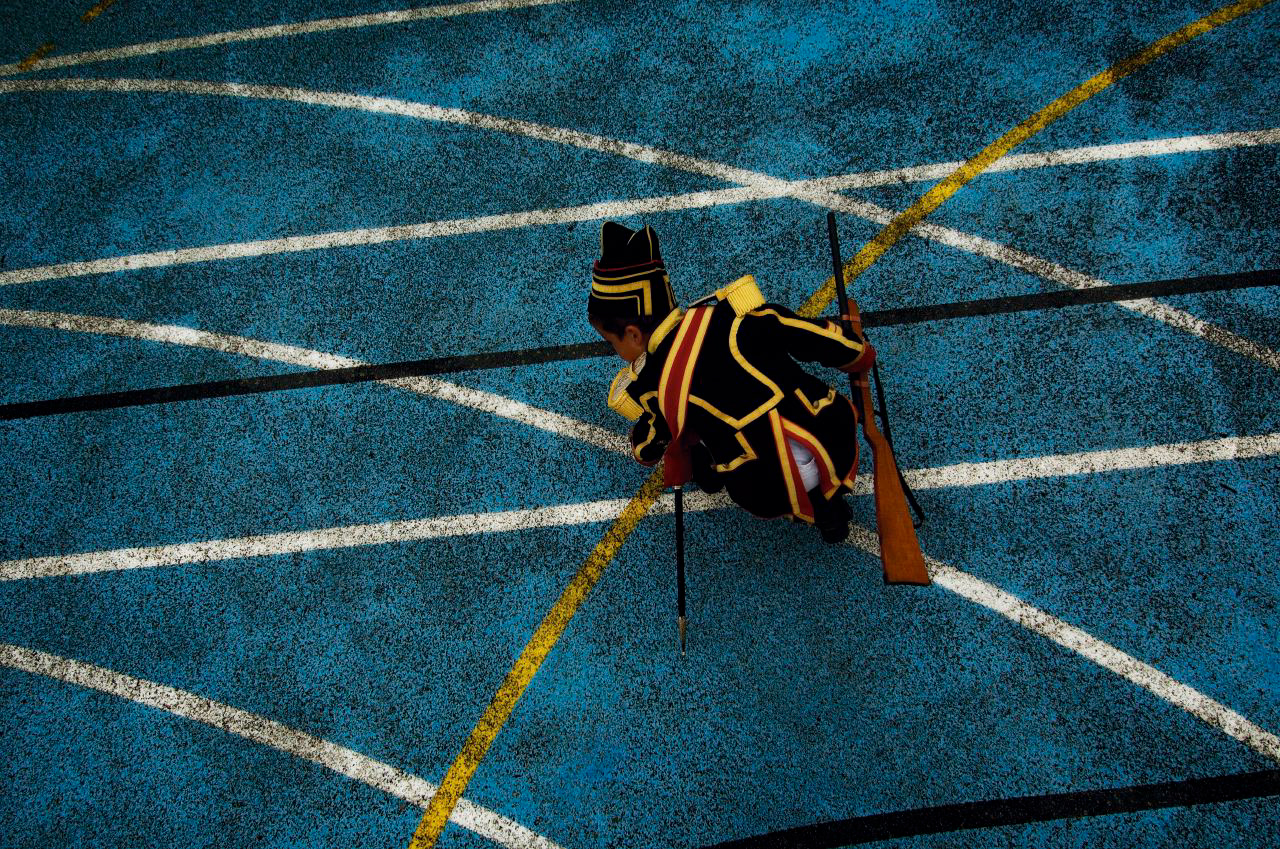 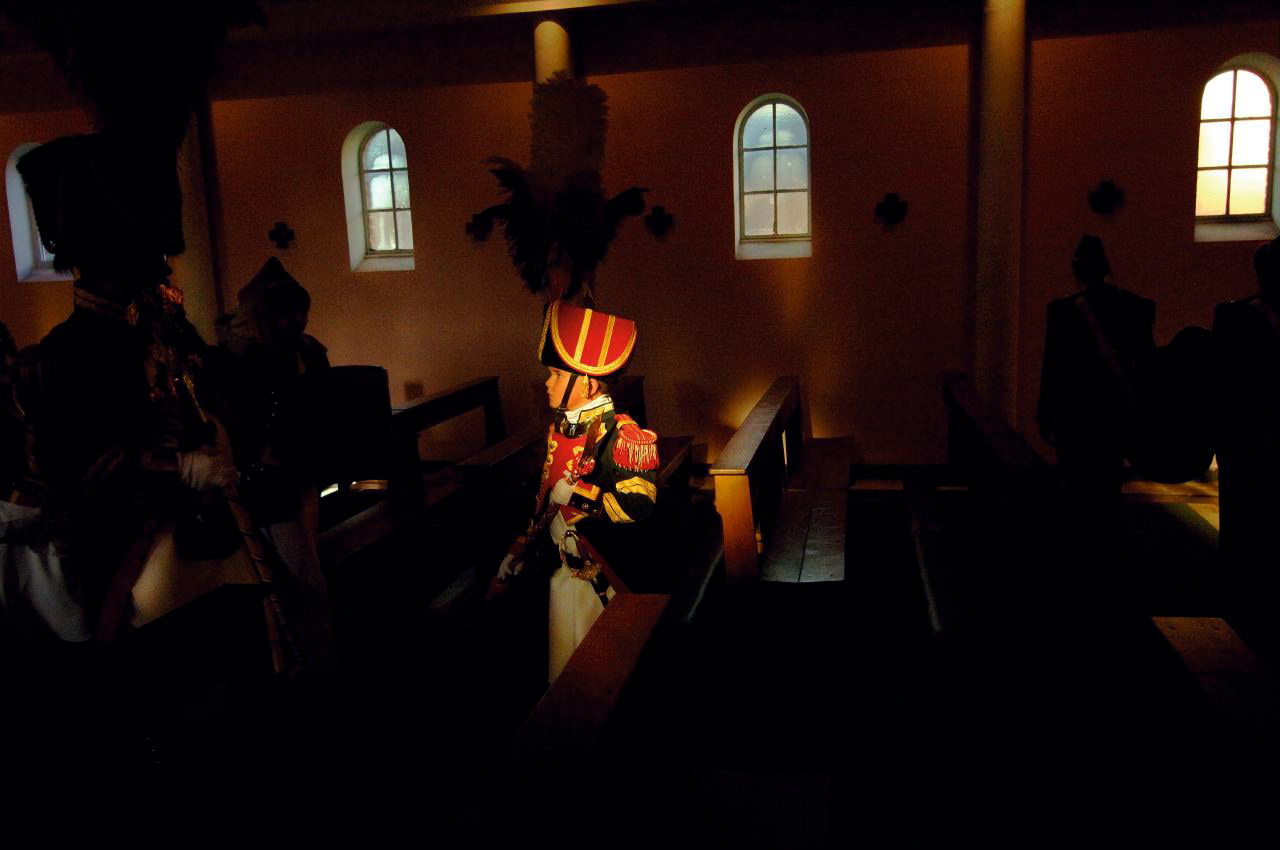 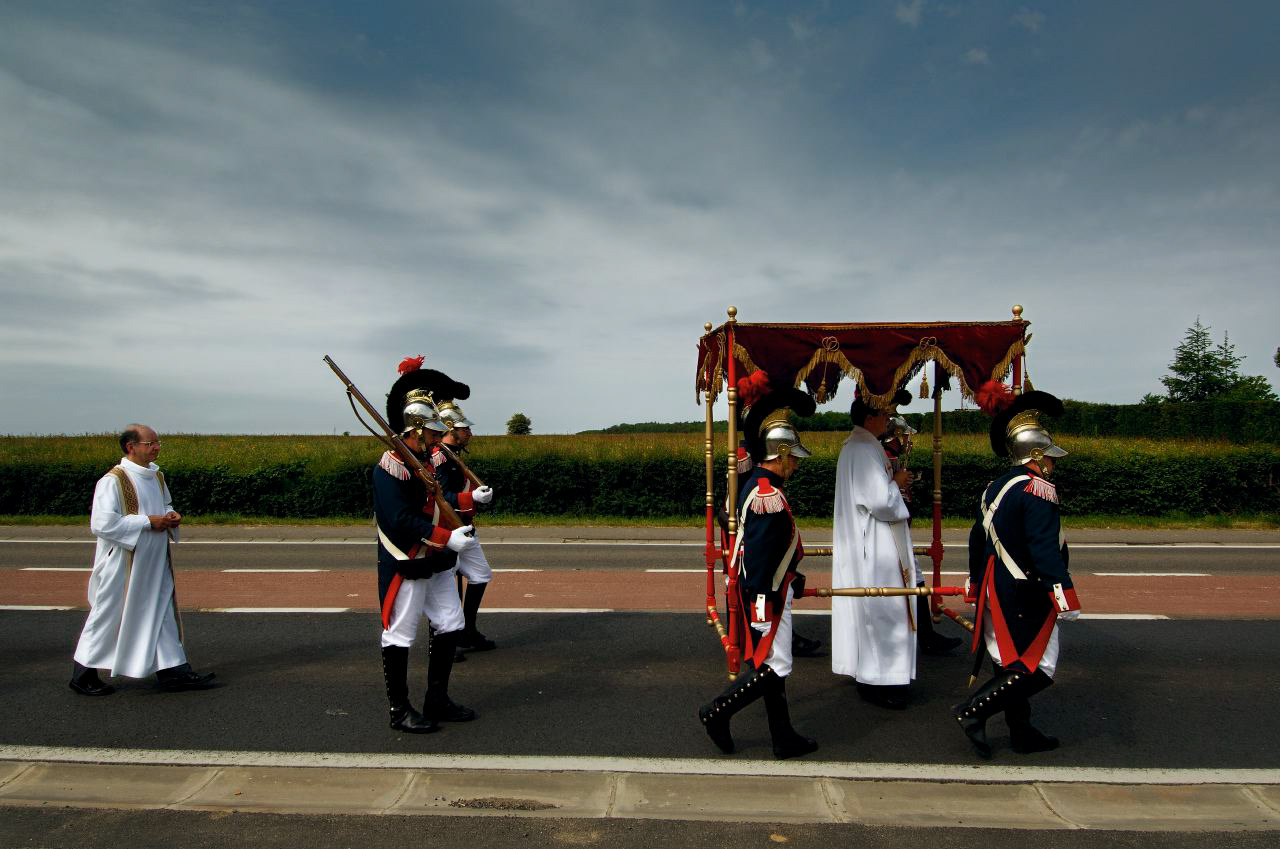 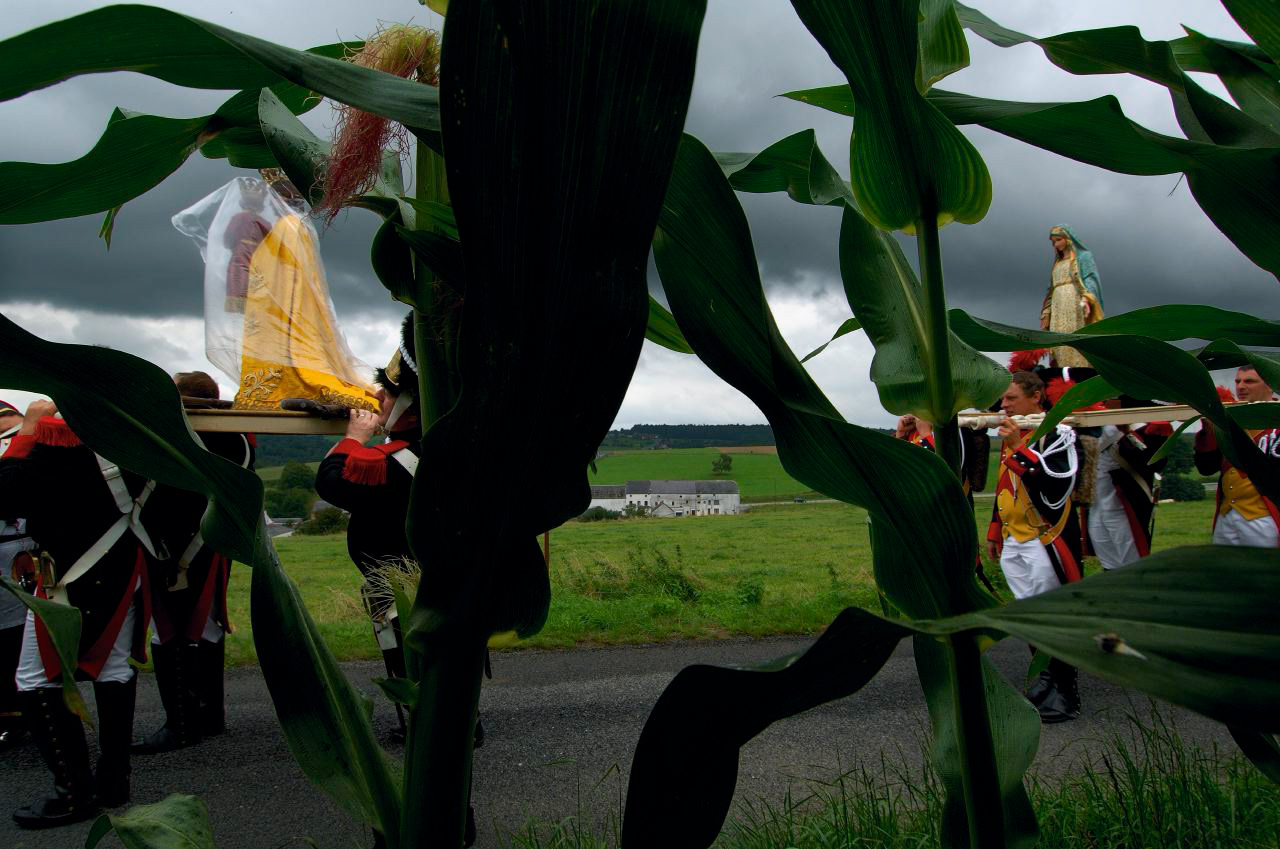 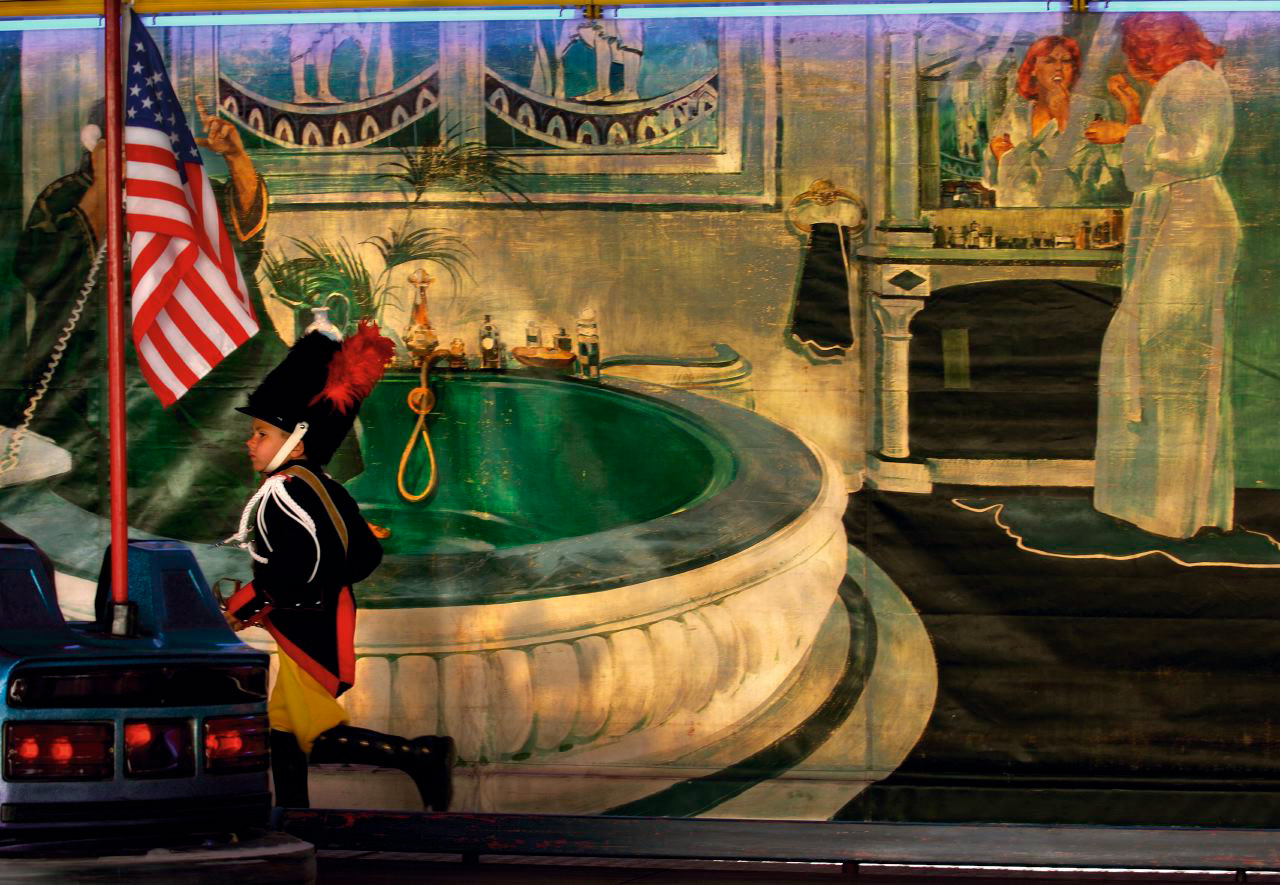 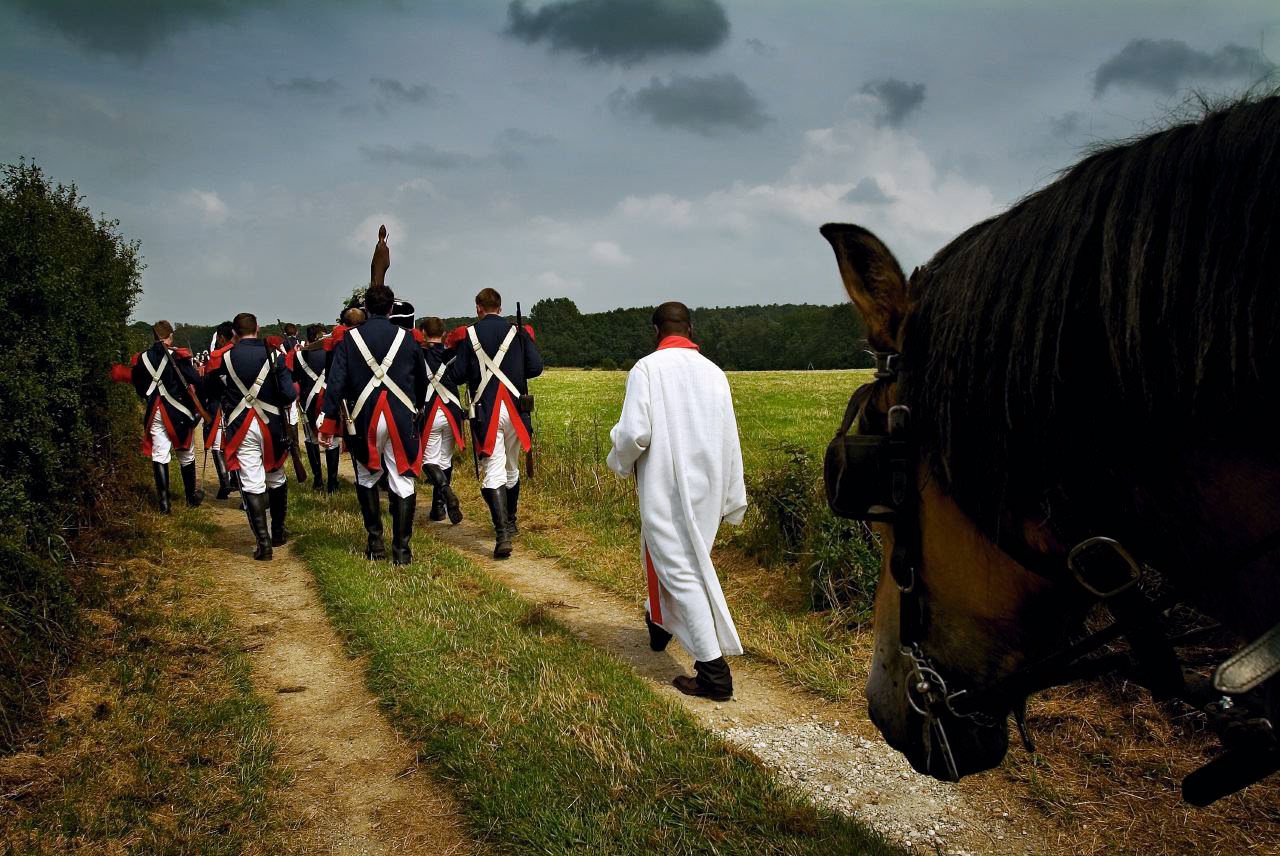 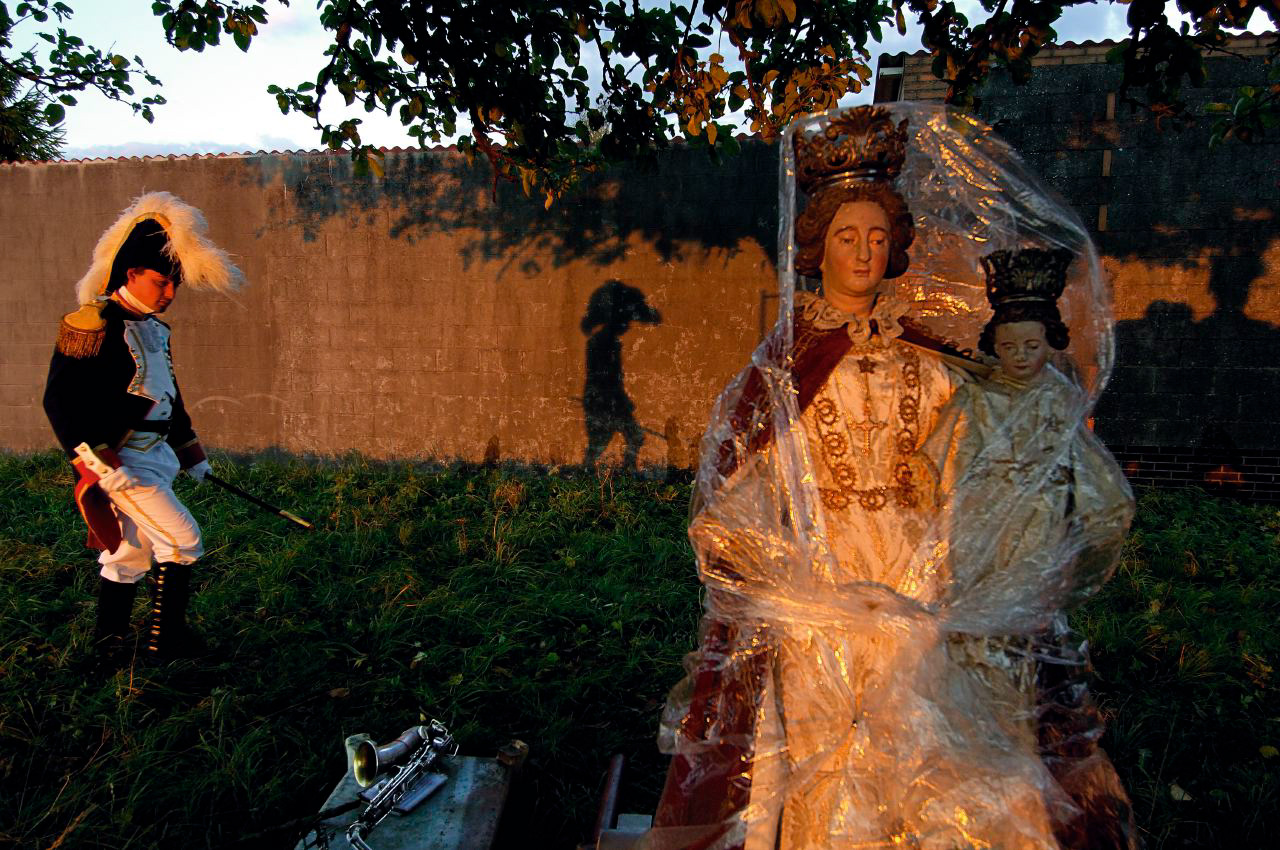 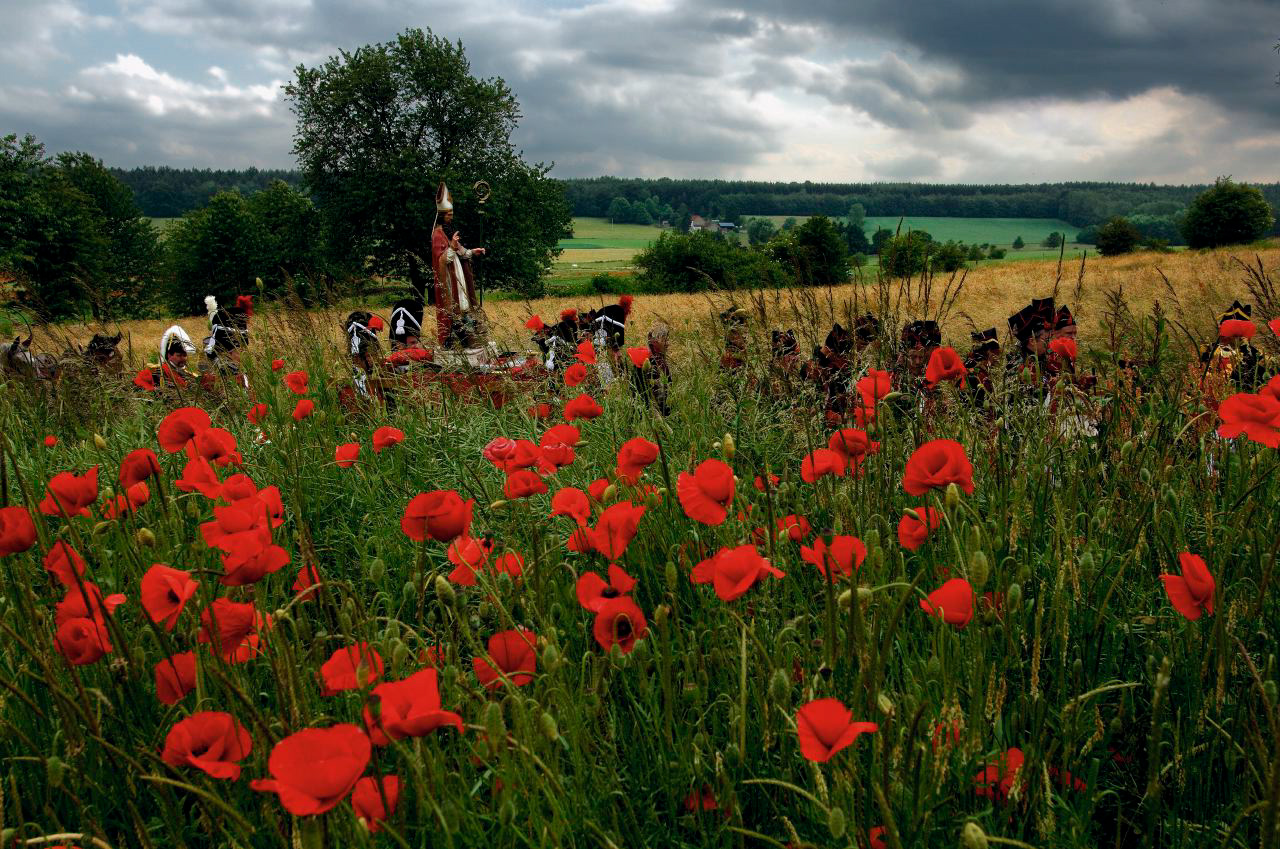 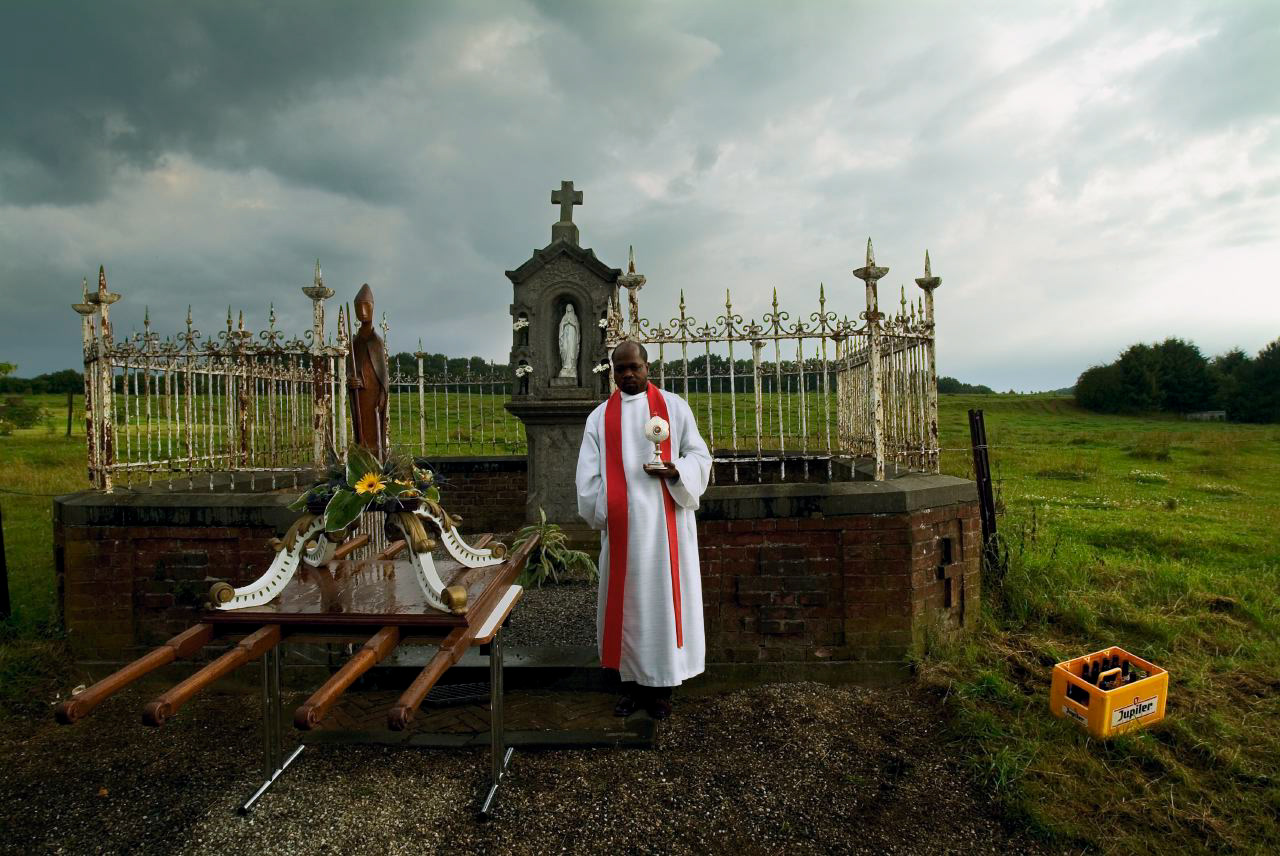 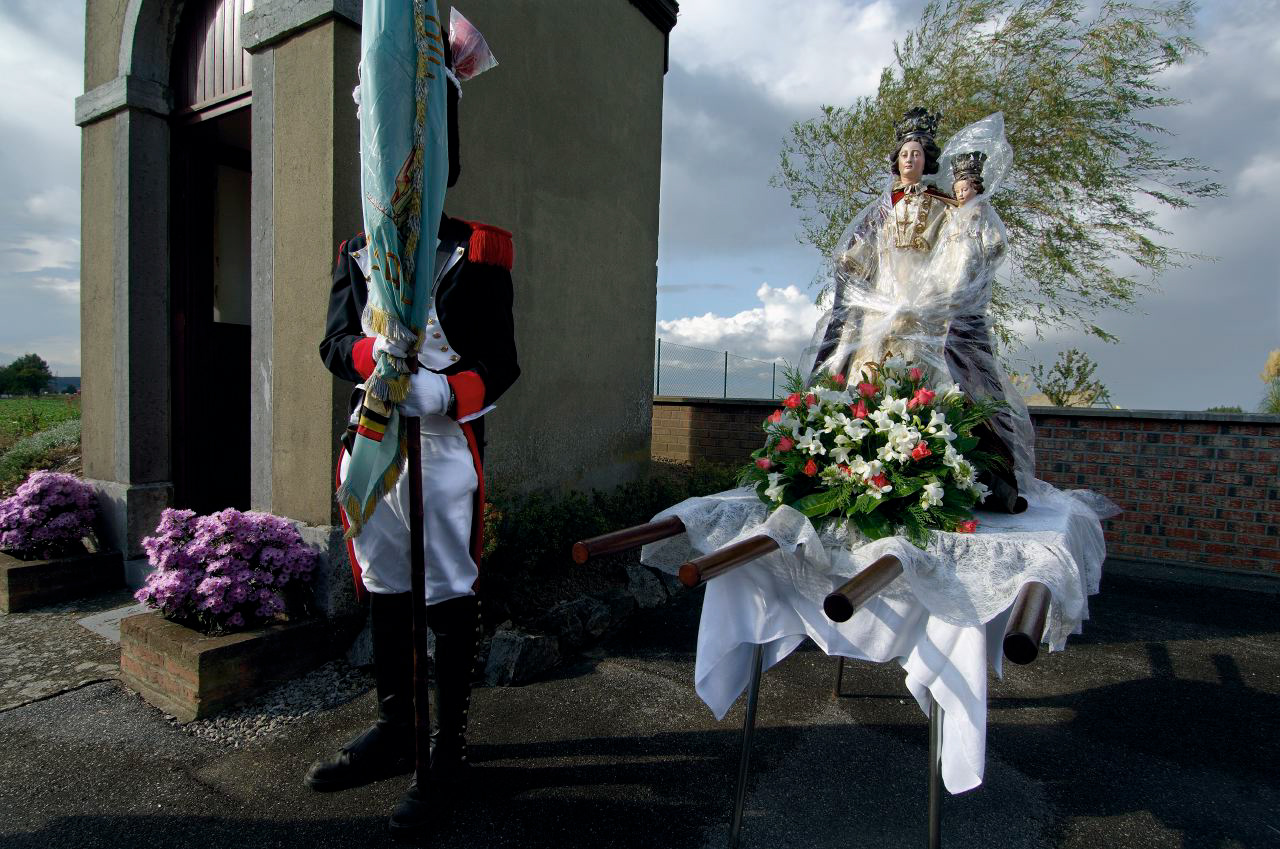 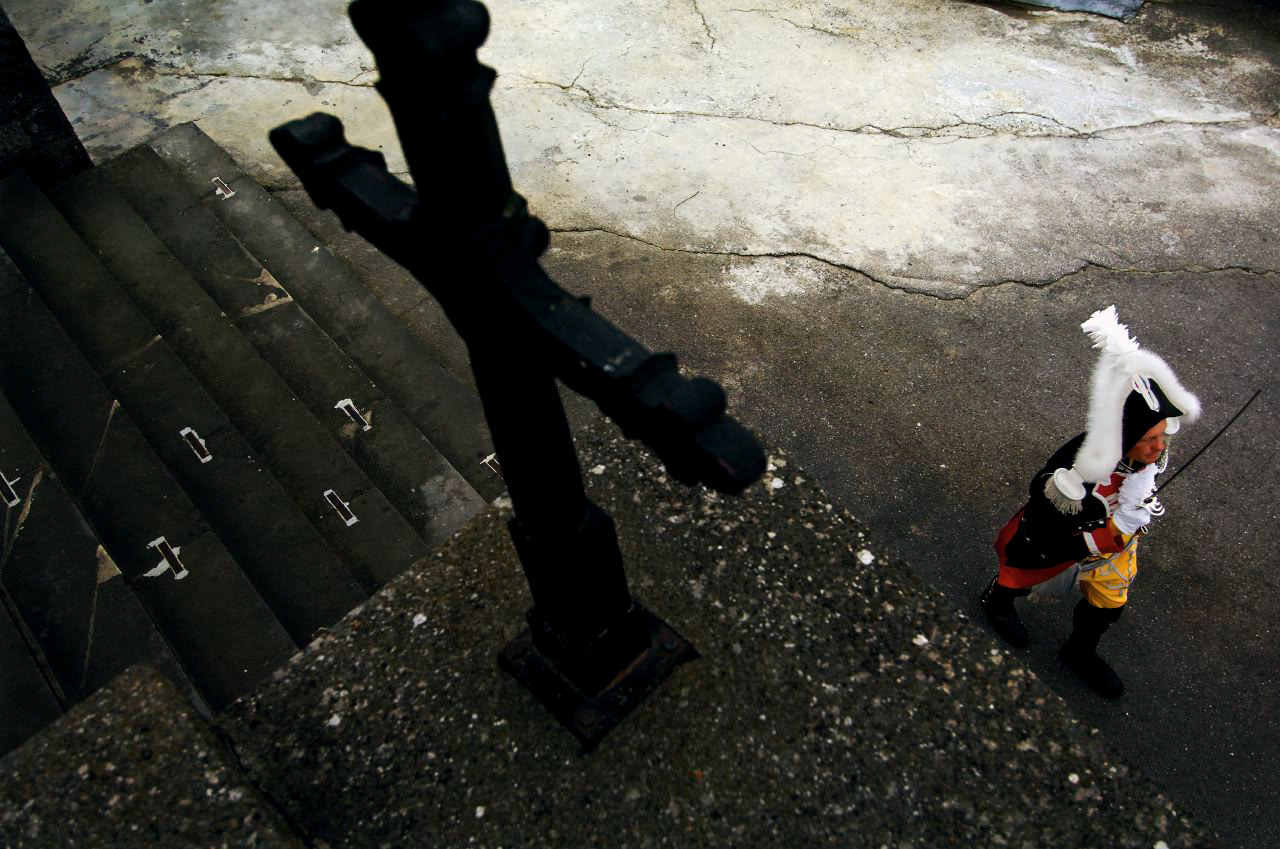 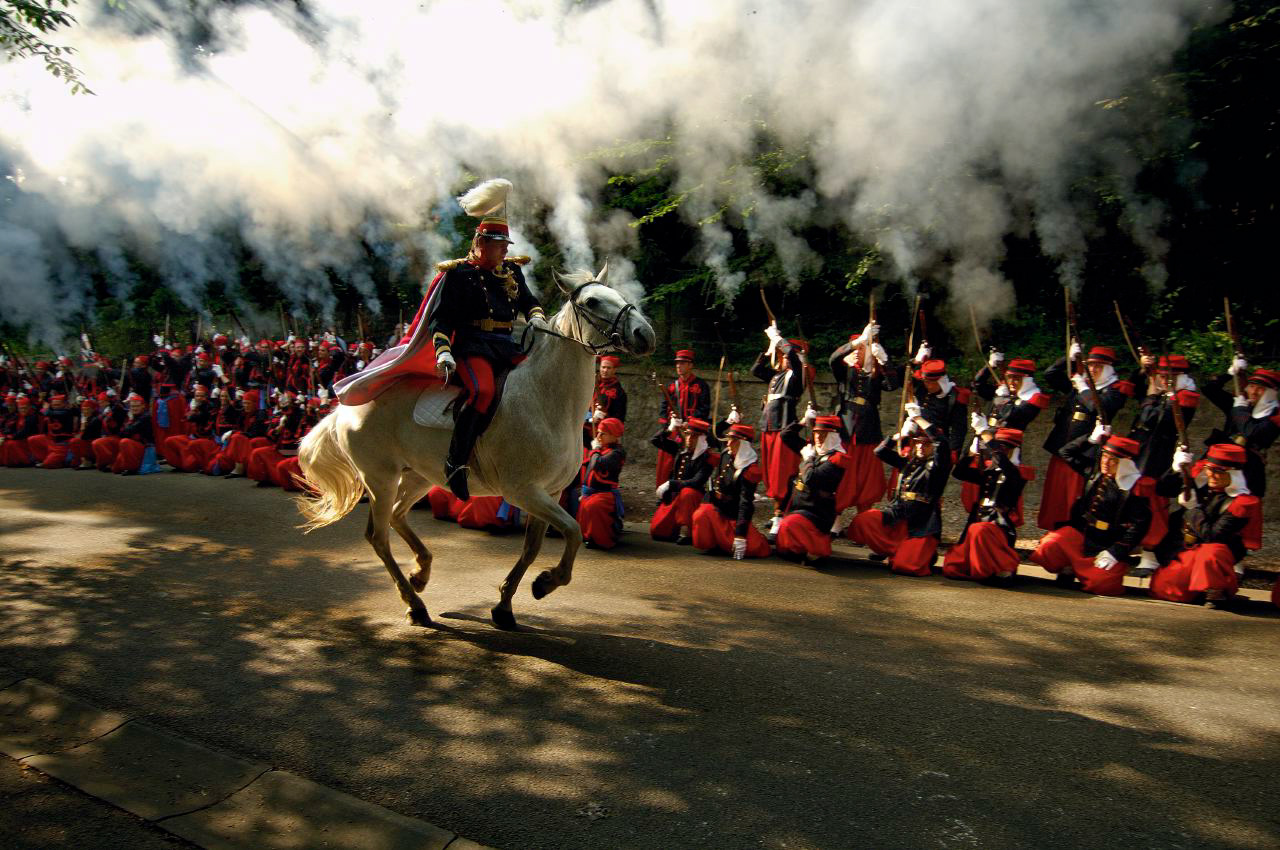 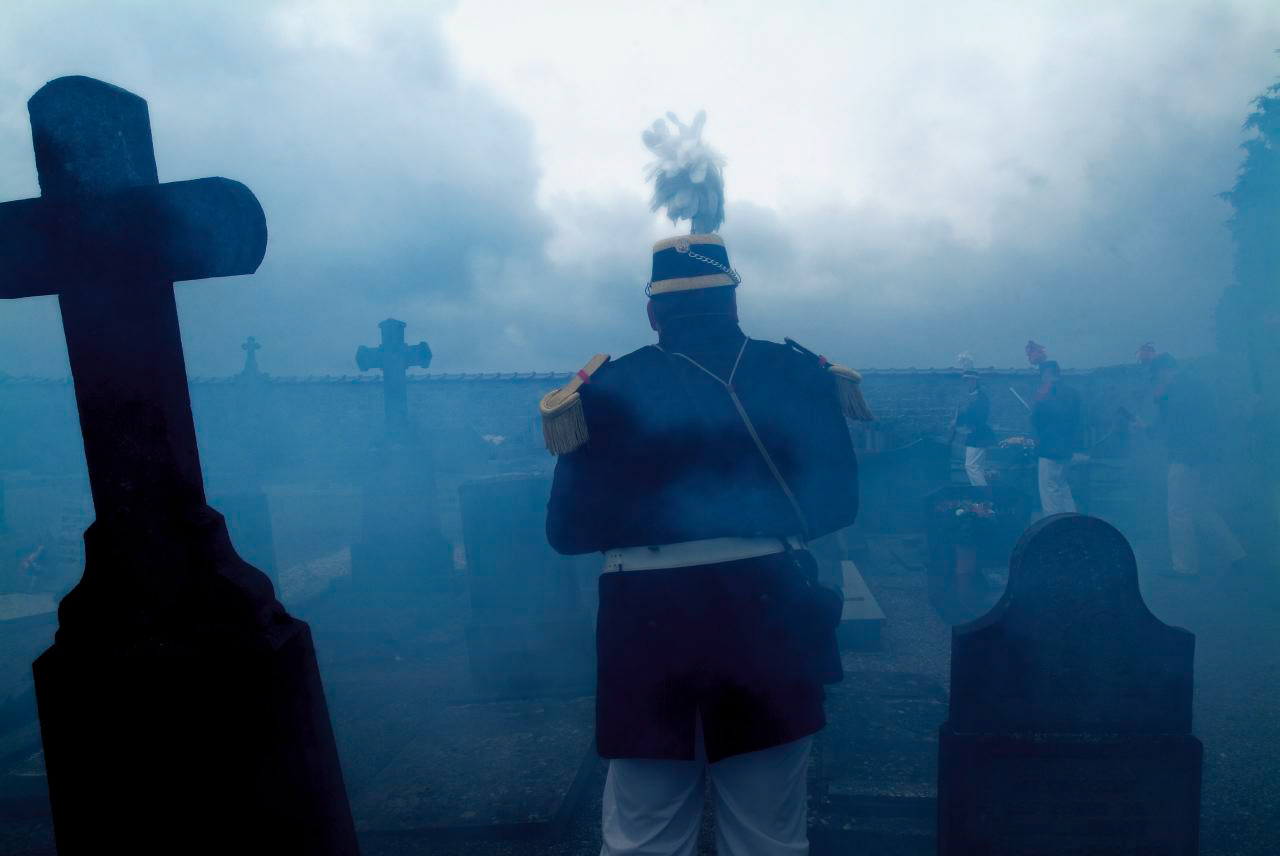 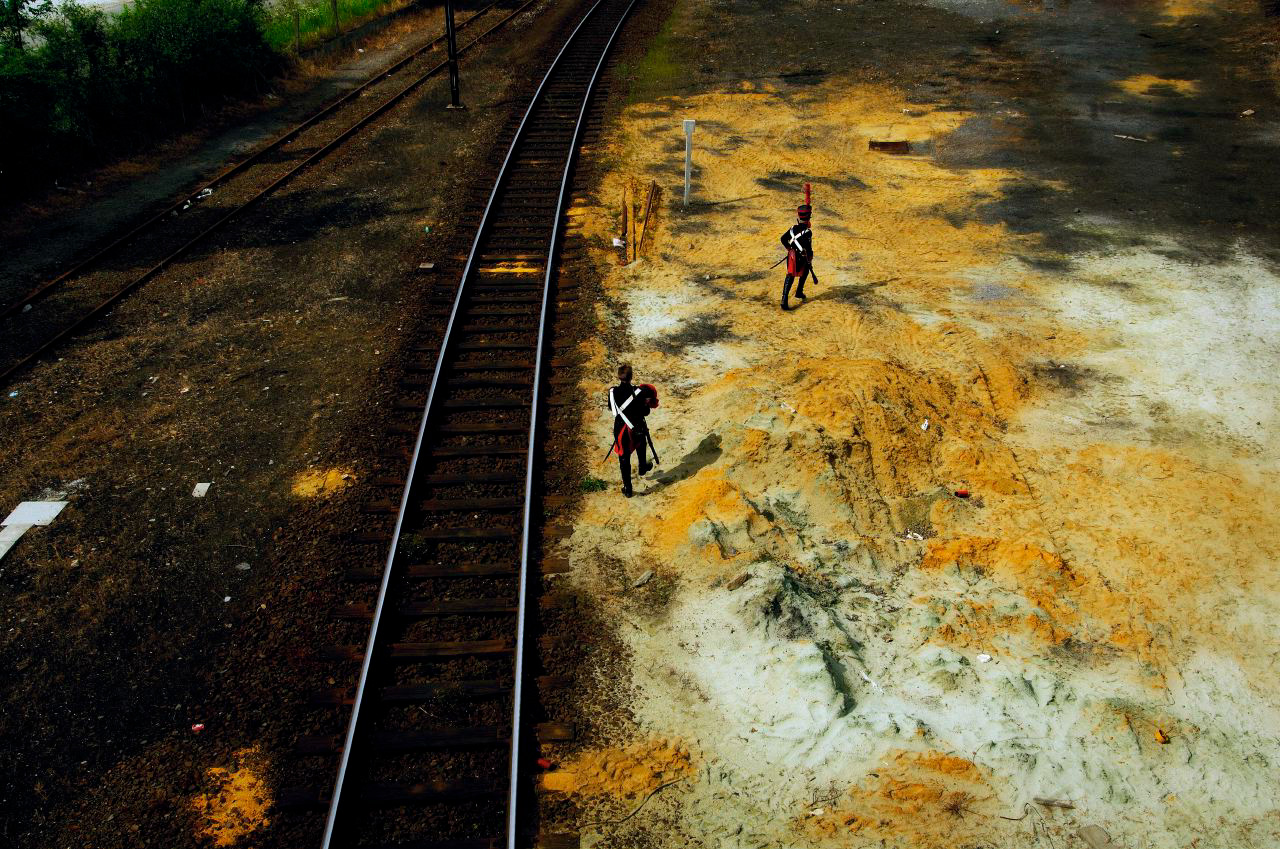 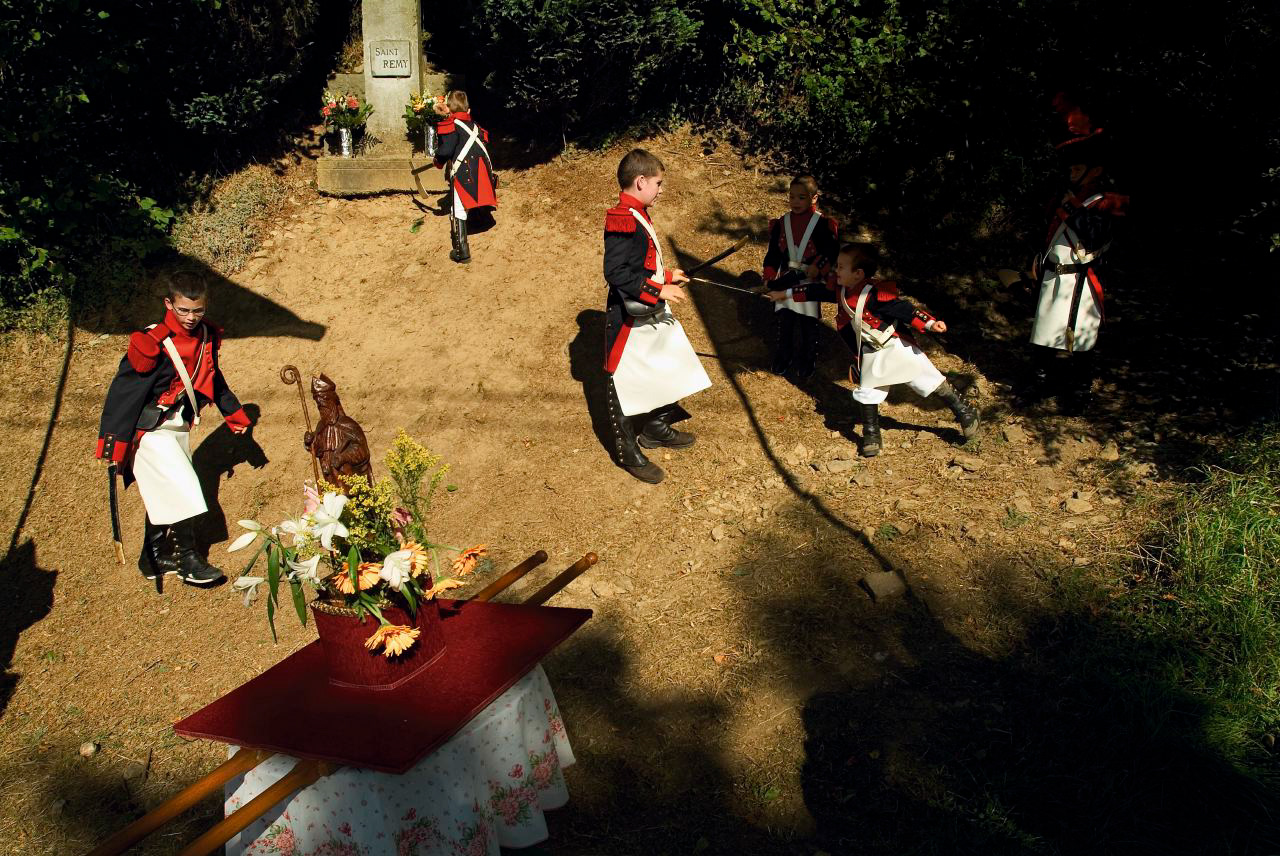 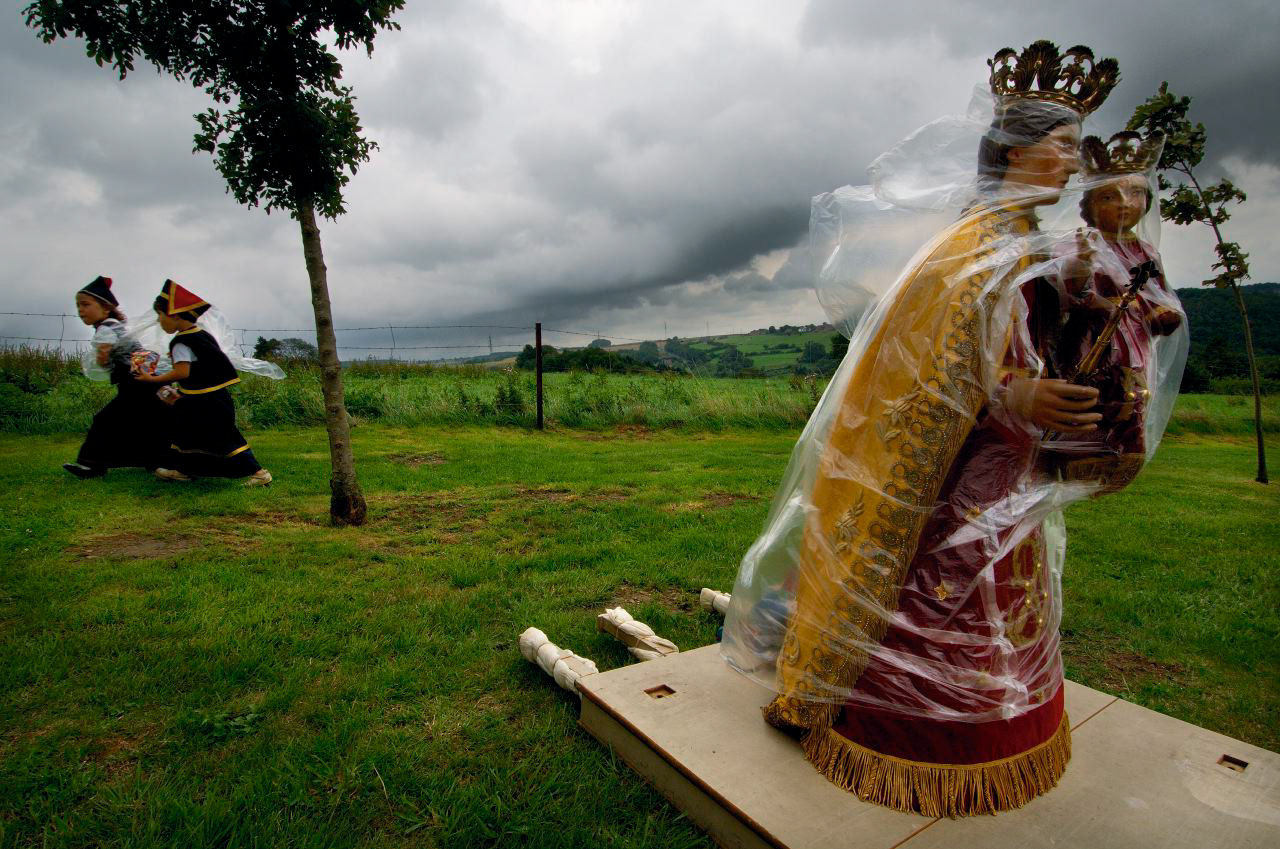 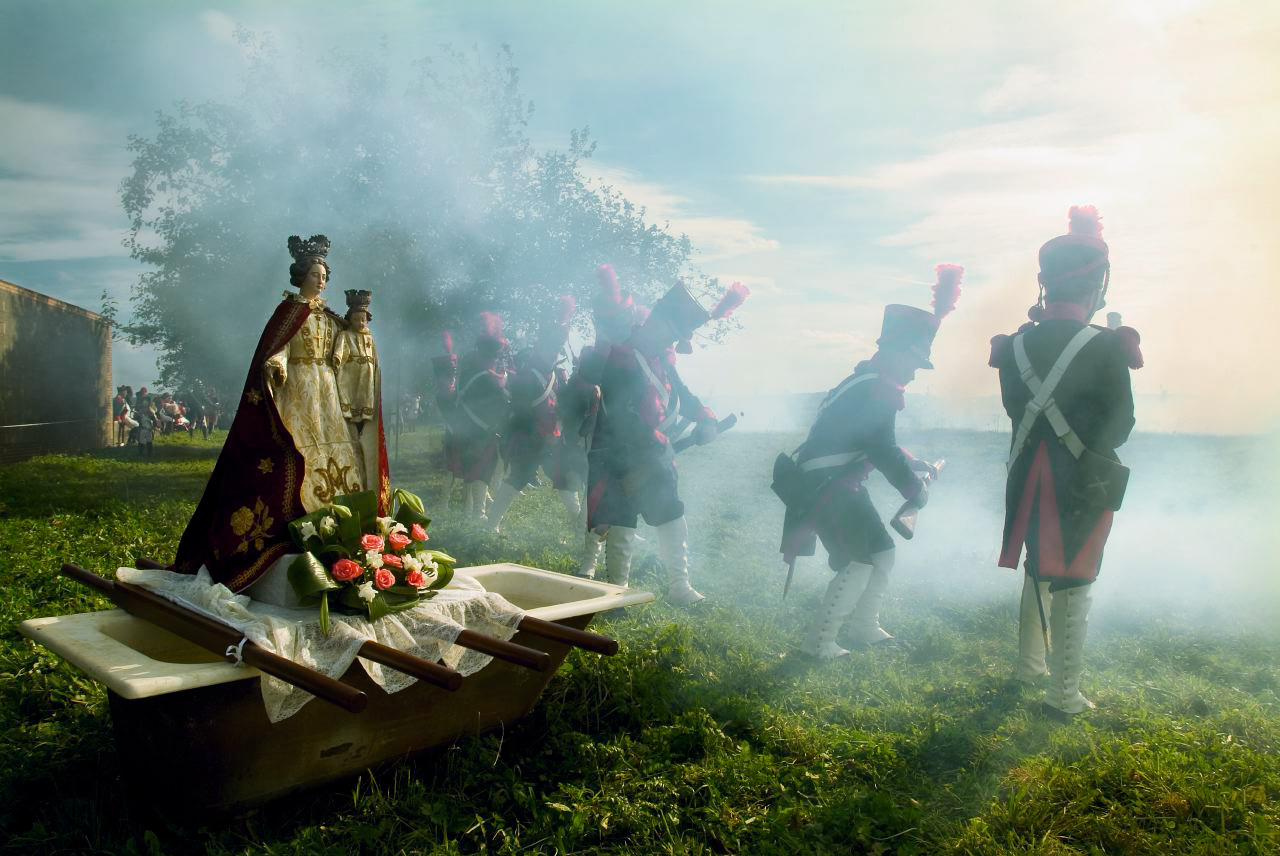 L’Entre-Sambre-et-Meuse is an historical region that lies in between the Sambre and the Meuse rivers. Separating Germany and France, two fiercely combative nations, the area endured incessant, often devastating passages for centuries.
Over time, the locals acquired a taste for the sumptuous uniforms and the pomp and circumstance surrounding the processions that traversed the villages and countryside carrying the relics of saints preserved with great devotion. These processions have existed in the region of l’Entre-Sambre-et-Meuse for centuries.  In fact, researchers have proven that the custom existed already in the 13th century. The first military escorts that participated in public ceremonies, to enhance their splendor, appeared during the Middle Ages when special troops of archers and crossbow-men known as “serments” were created.  Their mission was two-fold: first, of a military order, to defend the city and to be at the count’s disposal when necessary; second, in a more decorative order, to render honor to all community ceremonies whether civil or religious.
Today’s processions and marches, which take place primarily in the region between the Sambre and the Meuse rivers, are the continuation of ancestral practices. They owe their enduring popularity not only to faith and historic imitation, but also to the magnificent landscapes of this isolated region where customs and traditions have remained unchanged for centuries.

Who will save the Rohingyas?

Dead Goat Polo
↑Back to Top